Green Chemistry initiatives by State, beginning with California in 2008, have quickly grown to several states with either 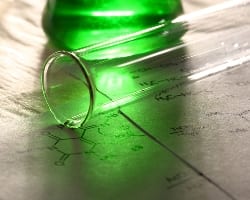 proposed or enacted “Green Chemistry” bills to regulate hazardous substances in consumer products. California through the Safer Consumer Products (SCP) and their Department of Toxic Substances Control, published the first list of priority products. These priority products were placed on the list based on two criteria; the potential to expose people or the environment to one or more Candidate Chemicals, and the potential to “contribute to or cause significant or widespread adverse impacts”.

Several bills currently pending in states,  seek to regulate the use of chemicals. Of these, Vermont SB 239 is the most controversial and wide-reaching. The bill’s original scope was so broad that it would have allowed the Department of Health to regulate all products. As amended, the bill only relates to children’s products and would require companies to report to the Department of Health if their products contain any of the 66 chemicals on a “watch list”.

Massachusetts also recently introduced MA HB 3997, which would ban the sale of products containing priority chemicals designated by the Administrative Council on Toxic’s Use Reduction. Many states have attempted to ban the use of flame retardant chemicals in children’s products including; Alaska, Connecticut, Maryland and Washington. Washington, through the enactment of the Children’s Safe Products Act (CSPA) also requires manufacturers to report toxic chemicals in their products which are sold to children. The requirement to report is based on a list of 66 chemicals currently on the Chemicals of High Concern to Children (CHCCs) along with the amount of the chemical present in the product and the function of the chemical in the product.