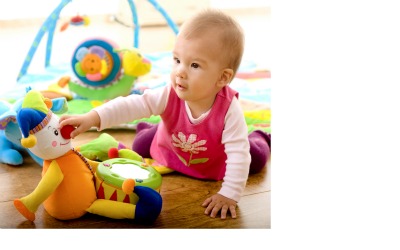 Toys made with lead and phthalates continue to pose needless risks to U.S. children, according to the annual “Trouble in Toyland” report from U.S. PIRG.  Its findings are worth keeping in mind this holiday season as you shop or unwrap gifts for your kids  – especially for the babies and toddlers most as risk.

You can find the report here. U.S. PIRG says this year’s key findings include:

Lead Continues to be a Hazard in Toys

Exposure to lead can affect almost every organ and system in the human body, especially the central nervous system. Lead is especially harmful to the brains of young children and has no business in children’s products.

Numerous studies have documented the potential negative health effects of exposure to phthalates in the womb or in child development. U.S. EPA studies show the cumulative impact of different phthalates leads to an exponential increase in harms including premature delivery and reproductive defects. The CPSIA permanently banned toys containing three phthalates and set temporary limits on three others, while tests continue. No toy or childcare article can contain more than 1000ppm of each of the six phthalates.

This year, we found two toys that laboratory testing showed to contain 42,000 ppm and 77,000 ppm levels of phthalates. These products exceed limits allowed by the CPSIA by 42 and 77 times, respectively.

Choking on small toy parts, on small balls, on marbles and balloons continues to be the major cause of toy-related deaths and injuries. Between 1990 and 2010, over 200 children died from a choking incident.

This year we found several toys that violated CPSC’s small parts for toys standard intended for children less than 3 years old. We also found “near small part” toys that – while not in violation of current regulations – support our call for the small parts test to be made less permissive. Finally, we found toys intended for older children that failed to provide choking hazards warnings required for small parts or small balls.

Research has shown a third of Americans with hearing loss can attribute it in part to noise. The third National Health and Nutrition Examination Survey showed one in five U.S. children will have some degree of hearing loss by the time they reach age 12; this may be in part due to many children using toys and other children’s products that emit loud sounds such as music players. The National Institute on Deafness and other Communication Disorders advises that prolonged exposure to noise above 85 decibels will cause gradual hearing loss in any age range.

As often happens, the toys singled out by U.S. PIRG tend to be inexpensive – this year’s top price is $11.99 – and seemingly innocuous.  And it’s true that the annual report draws some criticism as alarmist, perhaps because of its perennial title.

This year is no exception. Even before U.S. PIRG released this year’s report, the Toy Industry Association was ready with a statement warning: “During the holiday season, consumers are frequently targeted by activists who take advantage of the high visibility of toys and the opportunities they offer for media coverage.”

The reports of such organizations ignore that toys are highly regulated and do not contain hazardous substances to which children may be exposed. They ignore that the U.S. government consistently lists toys among the safest of 15 common consumer product categories in the home. And they ignore that less than half of one percent of the estimated three billion toys sold each year in the United States are recalled.

You can read the rest of TIA’s statement here, and the group’s own safety advice here. The organization is right to recommend that toy risks be understood in their context, but wrong to say flatly that toys “do not contain hazardous substances to which children may be exposed.”

Plainly, sometimes they do – if you have any doubts, look at the Consumer Product Safety Commission’s list of toy recalls, which includes the recall of lead-painted toy cars as recently as Sept. 28.  And take note of the math: Less than half of 1 percent sounds low, but the group could also say “fewer than 30 million toys.” (Actually, I’d be surprised if the number were anywhere near that high.)

More to the point, the relative rarity of problem toys, and their low prices and ordinariness, are sort of the point.

Yes, most toys sold in the United States are safe. But at least a few aren’t, and the results can be tragic.  Do you want someone you love needlessly exposed to choking hazards or to risky substances such as lead, phthalates or cadmium?

As always, “Trouble in Toyland” contains a wealth of information about real risks in the marketplace that are easily overlooked, including toys that violate legal standards or recommendations of authorities such as the American Academy of Pediatrics. The report may reflect the perspective of “activists,” but it’s also a good primer on the underlying policy debates over how to best limit risks imposed on consumers by the occasional manufacturer or importer who violates the rules or pushes the limits.

“Trouble in Toyland” is worth a look. Again, you can find it here.